Mountain Lion -- the latest edition of Apple's operating system for Macs -- arrives within days of Lion's first birthday. What a party pooper. Like an obnoxious neighbour, it's turned up with smarter clothes and better toys, and robbed the birthday boy of his guests' attention. The last time Apple shipped a new operating system with a similar name to its predecessor Snow Leopard followed on from Leopard , it acknowledged the fact that little had changed -- not on the surface, at least. Under the lid, Snow Leopard was a considerably compressed and more efficient version of its predecessor though.

It was a housekeeping update for Apple to throw out a lot of the legacy code required to support ageing machines. Mountain Lion is no such tweaking exercise.

Mountain Lion is OS X The loss of the 'Mac' from its name is telling. That's not to suggest one will replace the other, or that Apple will completely merge the two codebases over time, but from this point on, we're clearly going to see them share more and more common features. Messages finally makes it out of beta in Mountain Lion, Twitter is built in at the OS level and a new layer -- Gatekeeper -- will optionally prevent unauthorised installation of non-signed applications, which will simultaneously protect our Macs from malware and encourage us to line Apple's pockets by buying even more of our software through the App Store.

Since its first appearance in iOS, Notification Center has given us a single place to check for notifications from each of our installed applications. It makes it possible to suppress notifications on an app-by-app basis so you can silence your Twitter client if you followed particularly chatty tweeters , and decide whether each one pops up as an alert or a banner at the top of the screen. Dragging down from the top opens a list of notifications organised into app-based groups, and you can specify whether your app icons should be overlaid with numeric badges to indicate unread items and action points.

Mountain Lion's Notification Center works in a similar fashion and sits to the right of your active display. Clicking the menu bar's list icon or sliding two fingers onto the trackpad from the right-hand wrist rest slides the active desktop and applications to the left to reveal the channel of updates. Clicking a notification here swaps you out to the relevant application, and you can clear out whole sections by clicking the 'x' on the application divider.

It's very well implemented and makes for a far more efficient way of working than checking through each of your applications in turn to see which of them need your attention. Notification Center may well mark the start of the end of the highly respected Growl notification manager.

This third-party add-on is used by many leading-name applications on the Mac to present subtle notifications in the corner of the display or as an overlay or email, if you choose. Notification Center's own pop-up notifications can be set to display in a similar manner, and with this now being a core feature of the OS, developers may be less likely to feel inclined to use a third-party alternative in future.

Notes have never been well handled by OS X -- until now. They've previously sat somewhat uncomfortably in the Mail sidebar, but they've now been blessed with a dedicated app. Notes is one of the many tools that synchronises neatly between iOS 5 and OS X, with notes created on either platform synching through a free iCloud account to appear on every device logged in using the same credentials. In general, Notes appear within a faux binder, as they do in iOS, but can be popped out to float on the desktop, at which point they replicate much of the functionality of Stickies.


The latter persists in Mountain Lion but can't be expected to last much longer now that it's competing with this smooth port of a key iOS tool. Reminders also makes the jump from iOS. Like Notes, it synchronises your data with the mobile edition. It too bears more than a passing resemblance to its iOS counterpart. Alerts carry over from one platform to the other, so you can set a reminder from your Mac and it'll pop up in your pocket if you're away from your desk when the time arrives.

Mountain Lion is location aware, just like iOS, and so allows you to set an alarm to sound when you arrive at or leave a particular place. You need to enable Location Services through System Preferences for this to work, for which you need administrator rights. When enabled, it's smart enough to check for valid addressed before accepting an entered reminder. This latter feature is particularly useful as it means you can set non-time sensitive reminders that only prod you to do something if you happen to be passing a particular place.

You might not urgently need cheese, for example, but you could set a reminder to pick some up next time you're close to the supermarket -- from your Mac -- and when you walk by Sainsbury's, your iPhone will prompt you to pop in. OS X is geared for social networking, with Twitter built in right away and Facebook integration set to follow in autumn.

Rather than logging in through separate applications, you enter your details through System Preferences and they're available to whichever applications have access to that part of the OS. That means you can tweet a photo straight out of iPhoto, a web page from Safari or an address from Contacts -- the new name for Address Book iCal has also been renamed Calendar, both of which match the equivalent iOS app names.

Twitter updates appear in Notification Center, so you can read them even if you don't have a Twitter client running. Much of this social sharing is done using share sheets -- pop-ups that reveal themselves when you click on a shortcut button on the relevant application's interface. They contain each of the various options for sharing the information to which they're attached, including social networks and email. For social networking addicts, this will be welcome news, and it really does make it easier to post from a wider variety of applications, without having to manually copy and paste.

The combination of the low price and the easy download will likely make Mountain Lion the most quickly adopted OS X upgrade of all time. At the time it was clearly a major strategic move for the company, and users of iOS 5 have benefited from several nice features, including cloud backup and preference syncing across devices. On the Mac, iCloud integration has been limited. But Mountain Lion and the forthcoming iOS 6 due this fall make much better use of iCloud and—most impressively for users of both Macs and iOS devices—use iCloud to work together.

In that world, logging into iCloud from a new Mac will be almost as seamless as restoring from iCloud on an iOS device. 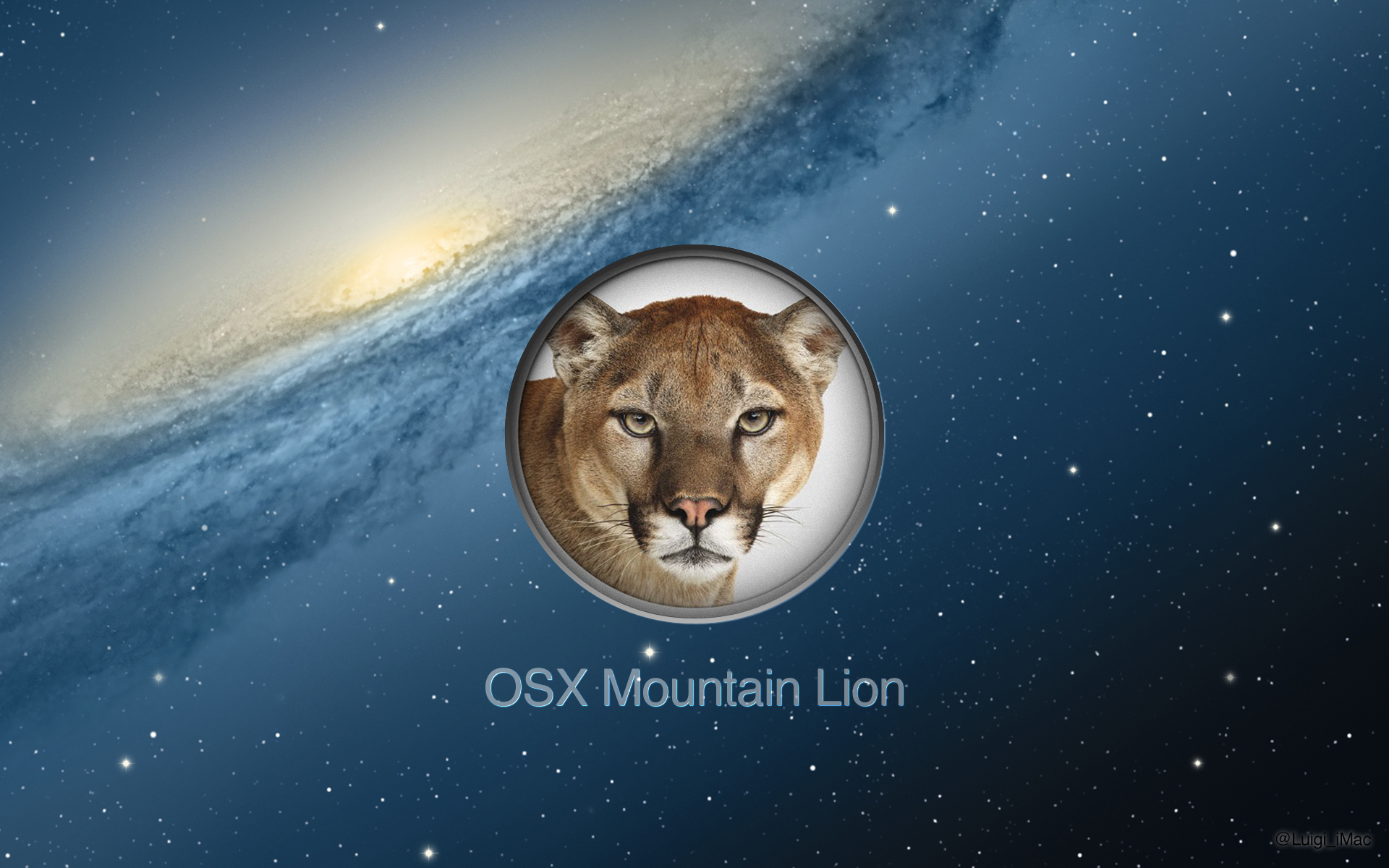 In a set of app updates timed with the release of Mountain Lion, Apple has updated the Mac iWork apps to support Documents in the Cloud. By default, this icon-based view shows icons sorted with the recently modified files at the top, though you can also switch to a list view and sort by name, date, or size.

iCloud comes to the fore

In either view, you can drag one file on top of another in order to make a new folder. If you want to move a file from iCloud to your Mac, you just drag it out.

I was able to open them and edit them, and the edits showed up almost immediately on my iPad, too. The save dialog box lets you choose a location on iCloud or your local drive.

Similarly, when you create a document in one of these apps and try to save it, by default the Save dialog box is set to iCloud. Many expert users will blanch at the concept of not using the traditional file system, but Apple believes that most computer users struggle with finding files and traversing file systems. Between Launchpad and Documents in the Cloud, many novice Mac users will increasingly find little reason to use the Finder. Even as an experienced power user, I see the appeal of Documents in the Cloud.

Unsaved documents still appear in iCloud even if you never press Save. There are a lot of really useful touches that will appeal to everyone.

But Documents in the Cloud is not all silver lining. That seems less than ideal. My iPhone and iPad backups already nudge me close to the limit; adding a bunch of giant Keynote presentations will probably push me over the edge. If Apple wants people to embrace Documents in the Cloud, it might want to give users a bit more iCloud space without charging them for the privilege. The Notes app is everything Stickies is, and a lot more.

More notably, there are a handful of new apps that have been built specifically to match up with iOS counterparts—and to sync data across devices. The Reminders app looks and works very much like its iOS counterpart.